Terry Burns and Ron Kristy met after many years as independent musicians and singer/songwriters in Nashville, TN.  They were married in 2004, but it was not until 2011 that  they made the decision to become a musical duo and produce a CD. Terry and Ron launched their debut CD in July 2012  to rave reviews. They released their second CD, "Always Home", in 2016. They currently make their music and their home in Ithaca, New York and tour various music venues around the country.

Terry Burns
Terry Burns's music has been described as "fresh, contemporary, moving, melodic and fun".  A former staff writer for EMI Publishing, MCA/Universal and Larga Vista Music, her songs have been recorded by many artists, including David Kersh, Lari White, River Road, Alecia Elliott, Ruby Lovett, Pam Rose, Dawn Sears, Jason Sellers, The Burns Sisters, and many more.  Her music has been featured on various TV shows, including "Nashville", "The Fosters",  "Alecia", and "Who Wants to Marry My Dad?".  While in her Early 20's, Terry recorded 2 CDs on Columbia records with her sisters, "The Burns Sisters". She has also recorded an independent CD of some of her favorite tunes that she has written.

Ron Kristy
Ron Kristy has been composing music for Film/TV for many years.  You can hear Ron's music everyday around the globe on shows such as "20/20", "Good Morning America", "American Idol", CBS Sports, and The Summer Olympic Games, to name just a few.  He has composed award winning music scores for "Angel Stories", "Miracle Stories", and "Life after Life" on the Discovery Channel, and "Soul of the Senate - The Robert Byrd Story" on PBS, among many others.  Ron is a former staff writer at Warner Chappell Music in New York.


Depending on the venue, Burns And Kristy perform as a duo, with a couple of band members, or as a full band.


Rich DePaolo
Rich is a multi-instrumentalist (fretless bass, guitar, and vocals), singer-songwriter, and producer/engineer who has continued to be a prominent figure in Ithaca's music scene for many years, in genres as diverse as art rock, folk, blues, and a cappella. Besides being an integral member of the Burns and Kristy Band, he has a critically acclaimed solo release and was a principle writer and collaborator in the Ithaca based avant-rock quintet, Red Letter. In addition to producing and engineering dozens of records and mastering countless more, he has accompanied such notable regional and national performers as Martin Sexton, Sarah Harmer, Jimmy LaFave, and Tom Paxton. He toured extensively with The Burns Sisters Band, Toronto based singer-songwriter Douglas September, and Seattle based Michael Savage & Grace Hearn. He is currently finishing his second solo record.

Doug Robinson
Doug is a guitarist, bass player, singer, and producer. Doug has had a lengthy career as a performer and studio musician. In addition to being a key member of the Burns and Kristy Band, Doug has toured frequently in the US, Canada, and Europe with the Burns Sisters Band, British acoustic guitar virtuoso, Martin Simpson, ragtime guitarist Bob Brozman, latin bluesman, Tino Gonzales, and Austin songwriter, Billy Eli. In 2003, he performed at Carnegie Hall with Johnny Russo's East Hill Classic Jazz Group, and has been featured in festival performances with European gypsy-swing guitarists, Stochelo Rosenberg and Romane. He also performs frequently with the Ithaca-based Djug Django, gypsy-swing band, The Molly MacMillan Jazz Trio, Jorge Cuevas' Caribe Jazz AllStars, and singer, Sally Ramirez.

Bill King (When performing with full band)
Bill plays drums and percussion, and has played for countless configurations of Ithaca's most respected musicians such as The Destination, Hank Roberts, Red Letter, Patti Witten, and Jennie Stearns, in projects ranging from experimental and jazz, to Americana. He is known for his sensitivity and subtlety, expressing an incredible dynamic range in live performance. 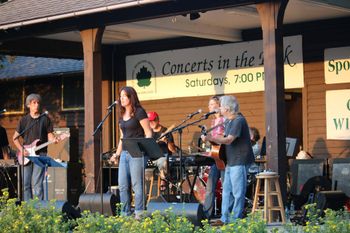 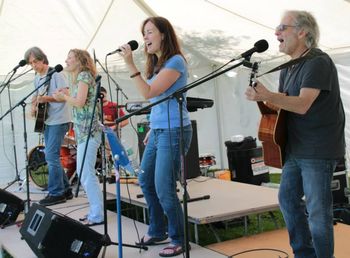 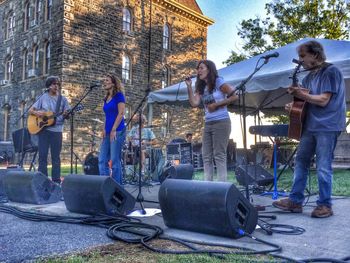 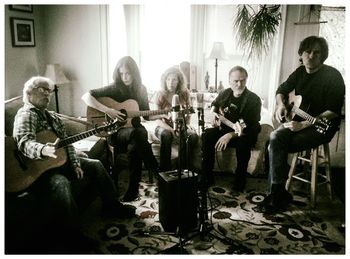